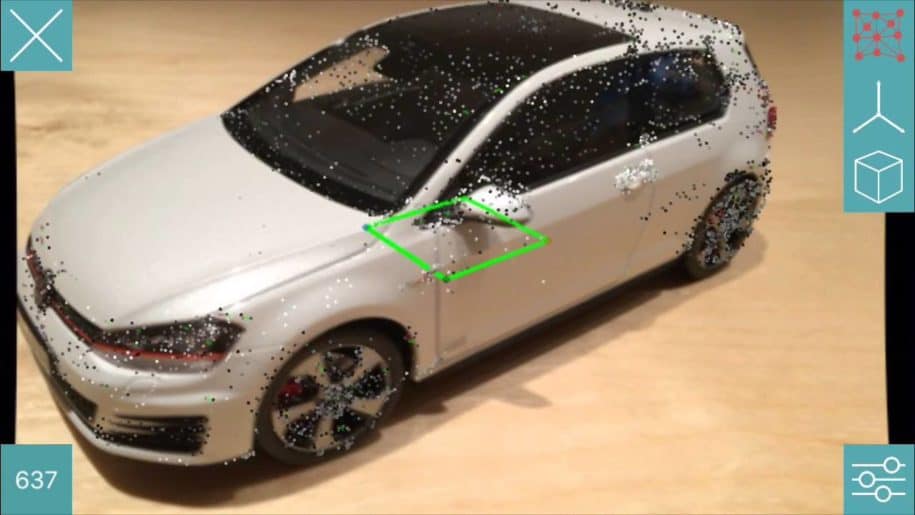 Posted by Inglobe Technologies on May 28, 2014 | Featured

The Development Lab of Inglobe Technologies announced the release of the AR-media 3D SDK and platform on the first day of Augmented World Expo in Santa Clara, CA. The AR-media 3D SDK v.1.0.0 features advanced 3D object tracking, a new 3D mapping and tracking approach that allows to create first of a class augmented reality (AR) applications capable of recognizing and tracking objects independently of their size and geometry.

Inglobe Technologies first demonstrated the AR-media 3D Tracker prototype working on mobile devices in Santa Clara during Augmented World Expo 2013 catching the eye of many interested users. The new release will bring an enhanced version of the technology to the community of developers with extended support for multiple platforms and authoring environments, like for example Unity3D.

With the AR-media 3D SDK users will be able to create applications and systems that link the digital and physical world in ways never experienced before. The AR-media SDK enables a new generation of applications that redefine the boundary of indoor and outdoor augmented reality in domains like industrial maintenance, interactive gaming, architectural visualization and cultural heritage, just to mention some.

“While developing the AR-media 3D SDK we have tried to bridge the gap between what users and developers expect from augmented reality technology and what they actually have.” Said Graziano Terenzi, CEO at Inglobe Technologies. “Our 3D tracking technology adds a new form of intelligence to the environment and allows users to develop products and solutions never imagined before”.

The AR-media 3D SDK allows to create a new generation of gaming applications on site thus allowing developers to add digital interaction to real world objects around us and create funny and engaging experiences. By using the AR-media 3D SDK technology users can populate a historical site with virtual characters, help represent and reconstruct the past, like for example a battle or even take part to a battle as an active player and try to change the course of events.

The 3D object recognition and tracking technology of the AR-media 3D SDK does not just recognize planar images, but also complex 3D objects and is suitable for applications in the industry. This capability will address the growing need of different industries (like AEC, Aerospace, Automotive and Process Industry) to enhance their processes by means of the interaction of physical and digital information.