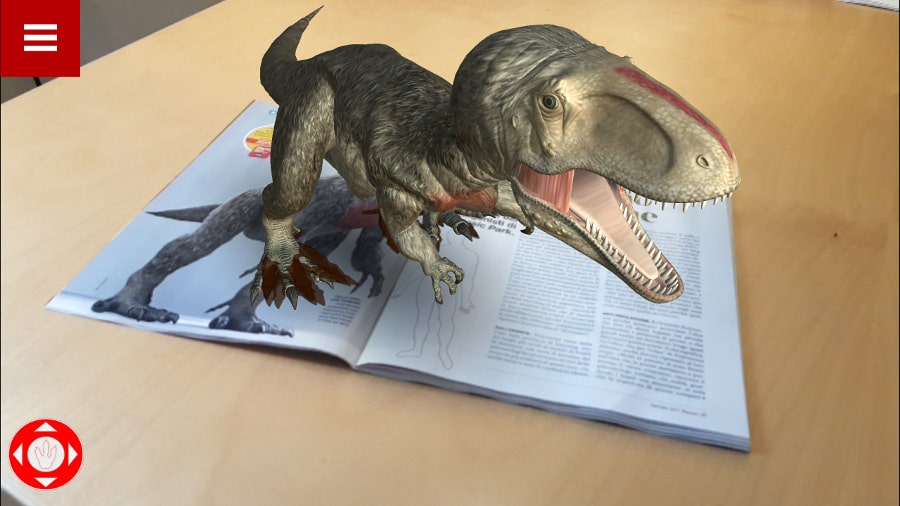 On december the 20th 2016 issue #291 of Focus was released on newsstands, the historical magazine published by Mondadori which explores topical themes such as science, innovation, behavior and culture, which is also the most read magazine in Italy.
The novelty is that starting from this issue, Focus is enriched with immersive content with augmented reality, making the reading experience even more engaging and exciting.

How does the Augmented Reality magazine works

Focus readers with a smartphone or tablet can download from the stores the app Focus Realtà Aumentata for Android and iOS, which enables content in AR by simply framing the pages of the magazine to which are associated “augmented” contents.
The cover of issue #291 of Focus and several inside pages of the Augmented Reality magazine come to life by showing the reader immersive multimedia experiences related to the contents.

We are talking about 3D animations, 360° videos, thematic tests, mini games and panoramic photos that add information and understanding to the text and images available to the reader, which is not limited to view only, but can interact with and activate a series of additional content according to her curiosity.

Inglobe Technologies innovation in the solution for Mondadori

The Augmented Reality technology is provided by Inglobe Technologies, which for ten years has been involved in the development of pioneering AR solutions. Back in 2007, when the advent of smartphones had not yet occurred, Inglobe had launched the idea of an AR book on the solar system. A few years later, in 2011, Inglobe has released a whitepaper on innovation in publishing through Augmented Reality.

Today, almost 10 years later, thanks to the advent of the mobile and AR technologies into the mainstream, Focus Mondadori has embarked on a path of high-impact product innovation. In this context, Inglobe oversaw the entire development of the apps for Android and iOS working on contents edited by Mondadori.

The technical features of the project include the recognition of planar images -the pages that trigger AR experiences-, gamification experiences, which allow readers to interact with contents, 360° photos and videos and a range of interactive and 3D tests.

Augmented Reality in Publishing and the future issues of Focus

The path taken by Mondadori with the introduction of Augmented Reality in one of its leading editorial products highlights two trends in the publishing industry: the first one concerns the strong need to give new life to this medium that always suffers more competition from new media and new ways of information fruition; the second one concerns the possibility of offering highly engaging content to readers thanks to the opportunities made available by the Mixed Reality. The leading players in Publishing are likely to move towards this direction if they want to keep an updated and attractive product for readers.

Issue #291 of Focus’s Augmented Reality magazine is not a random experiment, but a path that will continue in the future with the regular publication of monthly issues enriched by augmented reality experiences, providing for the adoption of a technological solution specially designed for the publishing industry.
We look forward to the next issue #292, to be published at the end of January.