Interacting with multiple objects in AR-media 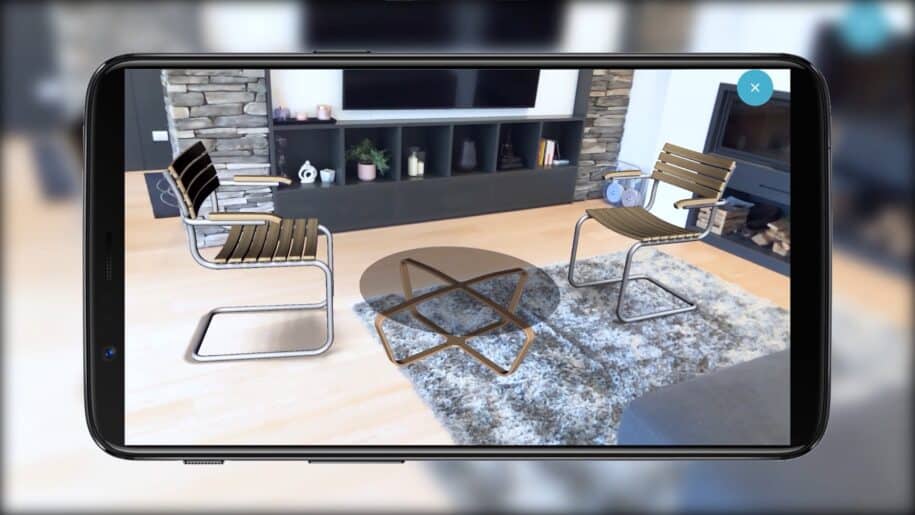 In the recent weeks we released the long waited new version of the AR-media platform, a new generation Augmented Reality software targeted to end users, usually without coding skills, who need a quick and effective tool to create AR projects in various verticals, including Architecture, Engineering and Construction (AEC), Marketing and Publishing, Cultural Heritage and Museums, Medical, Education and more.

This new generation of AR-media is made of the following components:

AR-media Studio allows the user to upload her content into the platform’s Asset Manager, the area where multimedia files are stored and eventually organized in folders and subfolders. With respect to 3D models, such files can be exported from the major 3D modeling software, following specific guidelines.

The next step is the project creation. Thanks to an intuitive 3D web editor, the user can add her content into so called “Augmented Reality scenes”, that is the combination of content and events created according to the final user experience on mobile devices.

Finally the project can be made public, or shared privately, and enjoyed using the mobile application called AR-media Player, freely available on the app stores.

Moving objects in the physical space

Inglobe Technologies just released a feature update that includes the ability for users, using the AR-media Player, to select single items in an Augmented Reality scene and interact with it, other than with the entire scene including other objects.

These new features also introduce the ability to pan objects and rearrange them in the physical space, finding the most suitable position according to the user intent.

The ability to rearrange objects’ position, size and orientation, makes AR-media a great tool for Augmented Reality in interior design, meaning a user can load her favourite pieces of furniture and accessories and visualize them instantly in the space, adjusting the combination and finding the perfect fit.

In order to use these functionalities, the user needs to download the free AR-media Player app from the stores (Android Play Store, iOS App Store and Huawei App Gallery) and browse through the list of the available categories, select a category and finally select the project she wants to download for Augmented Reality visualization.

What the user has to do is just opening the AR-media Player on her mobile device, loading the project and visualizing it in the surrounding space, both indoors and outdoors. With a few easy gestures she can select the object she wants to move and then simply drag it to the desired position. Objects can also be rotated and zoomed.

Eventually, architectural projects and real-time interior design use cases, can be enriched by an additional feature AR-media offers, which is switching content by tapping on objects (or any other preferred user interaction) in order to visualize alternative design options.

Suppose the user wants to decide which of the three sofas she is considering, fits best in her living room. Well with AR-media she can easily switch from one sofa to another and have an instant preview.

Of course such a set of features can prove useful in many other application domains, like architectural design, project presentation, civil engineering and more.

Tags: ar-media, interior design, spatial mapping
Comments are closed.
We use cookies to ensure that we give you the best experience on our website. If you continue to use this site we will assume that you are happy with it.OkPrivacy policy