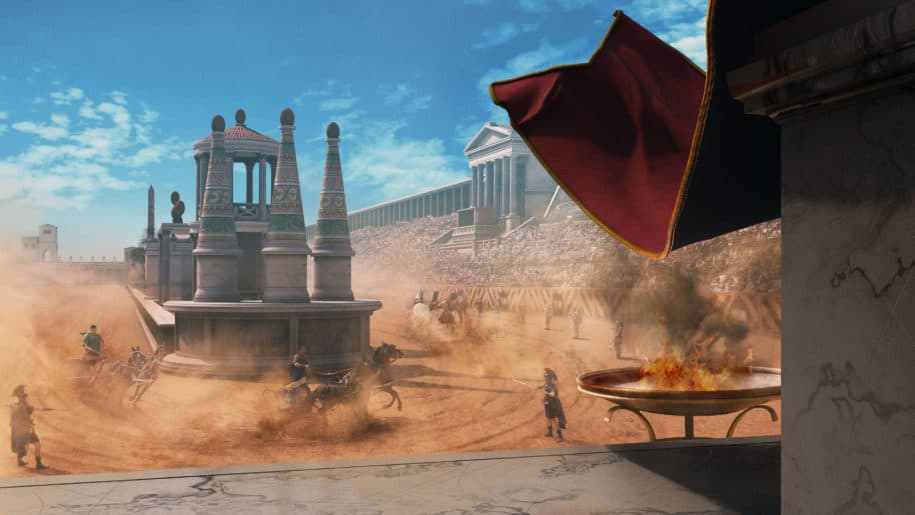 Thanks to an innovative cultural heritage valorisation project that relies on Augmented and Virtual Reality technologies, it’s now possible to experience the Circus Maximus – one of the most significant places in the Roman history – in its original splendour.

By means of an immersive tour and by wearing Mixed Reality headsets, visitors will be able to admire the monument across all the transformations that it went through during the different ages. Starting from the first wooden structures, to the glory of the imperial age, from the Middle Ages to the first decades of the ‘900, visitors will be engaged in an exciting journey through history.

Circo Maximo Experience is a particularly complex engineering challenge that required the collaboration of an interdisciplinary team called to harmonize the historical, archaeological, architectural and cultural dimensions of the project with the constraints of the site and the power of the technology.

The project, promoted by Roma Capitale – Department of Cultural Growth, Capitolina Superintendency for Cultural Heritage – and organized by Zètema Progetto Cultura, has been developed by Inglobe Technologies in collaboration with GS NET Italia. The scientific direction is by the Capitolina Superintendency to Cultural Heritage. The solution is based on the coupling of Zeiss VR One Plus headsets with iPhone 6S Plus smartphones and headphones to engage visitors in a unique visit experience of an archaeological site.

The available headsets create a virtual rendering of the Circus Maximus by overlapping 3D reconstructions of the past to the present-day reality to highlight its original magnificence: in particular, the Arch of Titus will appear in its original majestic height. Circo Maximo Experience, through continuous flashbacks to the past thanks to reconstructions in augmented and virtual reality, will enable visitors to see the life of the age-old valley unfold before their eyes, stroll through the Roman shops and watch a chariot race among shouts of encouragement and overturned chariots.

This is a cutting-edge project that implements interactive technologies never before employed in an outdoor area of ​​such a significant size. The reconstruction in augmented and virtual reality is also exceptionally usable regardless of the daily lighting variations and seasonal climatic changes. The 3D contents and the experiences – under the Artistic Direction/Supervision of Tiziana Primavera and under the scientific direction of the Capitolina Superintendency for Cultural Heritage – have been appropriately calibrated to be able to work in real time on a mobile device with limited computing capabilities.

On the software side, we implemented an engine based on Inglobe’s ARmedia SDK with a wrapper to Apple’s ARkit. We have implemented stereoscopic rendering both in VR and AR. We have relied on a specific and extremely accurate 3D mapping method to create maps of the area. We have supported rendering for complex 3D scenes in real-time.

The highlights of the cultural heritage project

Here go just a few figures of the project:

The tour is available in six languages ​​(Italian, English, French, German, Spanish and Russian). The 8 Points of Interest in which the tour is organized include: the Valley and the origins of the Circus, the Circus from Julius Caesar to Trajan, the Circus in the imperial age, the Cavea, the Arch of Titus, the Shops (tabernae), the Circus in the Middle and Modern Ages and finally “A day at the Circus”.